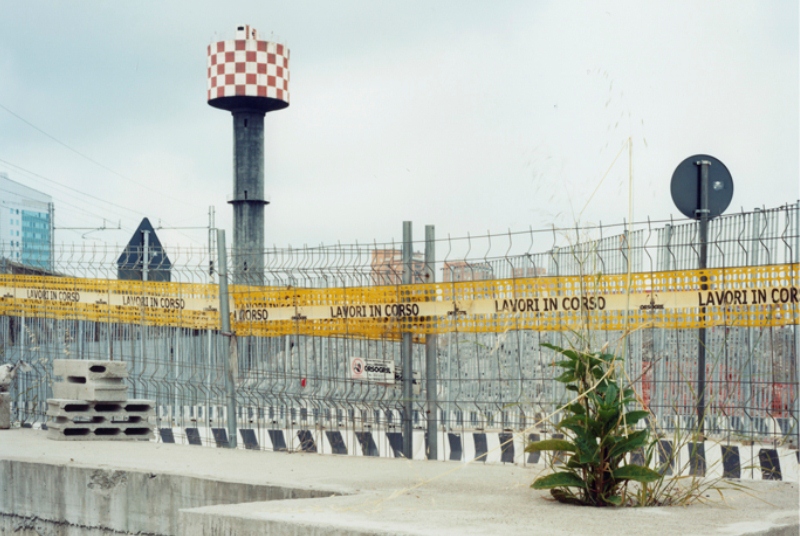 Growth is a project that arises from the observation of the urban spaces.
Over the last decades, the fabric of western cities has been characterized by the steady abandonment of those spaces occupied by the big industries during the Fifties. These urban “blanks” testify the passage to a different productive economy – a sharp call into question of the negligent landscape planning during the years of the economic boom. Genoa has been marked by major changes on its urban fabric. Such changes find an ideal – even if partial – testimony in Anna Positano’s work.
Her pictures focus on the details of these empty spaces, which have turned into abandoned areas, true gaps in the urban fabric – “terrains vagues” making up what Gilles Clément calls “Third Landscape”.
With her rigorous images, only marked by the abandonment and by the reconquest by the Nature, Anna Positano tries to unveil the coexistence of human activity and natural cycles in these spaces, which have been temporally forgotten by human activities – modern border grounds where the Nature restarts her life cycle, thus recording an ideal achievement against the conclusion of human intervention.

Reversing a sentence by Walter Benjamin referred to flânerie as a new way to move through the city, this exhibition aims at focusing on the relationship between Nature and urban spaces, thus unexpectedly discovering the role of forgotten places as important shelter for biodiversity.