Ciprian Muresan – A TRILOGY FROM POSTCOMMUNISM 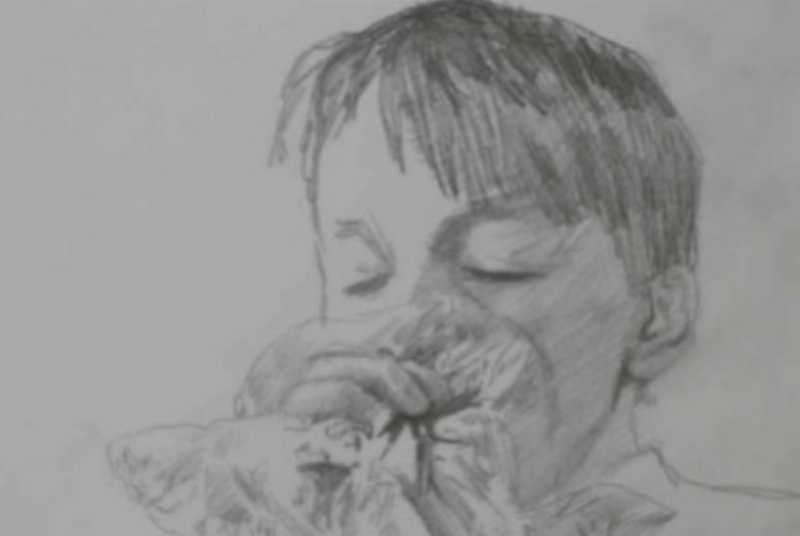 A Trilogy from Postcommunism is the title of Ciprian Muresan’s exhibition at CHAN’s, which presents the three animation movies Pioneer (2010), Garbage (2007), Baptised (2009).
Muresan freely switches between different media, creating sculptures, drawings, video, animation movies. Pioneer, Garbage and Baptised show one of the ways Muresan approaches the artistic process: he starts from some drawings and films them sheet by sheet – this way he transforms these sketches in animated short films. The films represent an analysis of the contemporary world and refer to collective experiences in the post-communist era: three belief systems – religion, communism, capitalism – can be distinguished on the background of these three animated films that begin from the ritual of accepting an individual in the community and end with his expulsion.

In Pioneer the main charachter is a boy wearing a scarf, symbol of the Pioneers of Romania, a propagandistic organization of the former Eastern bloc. Through political training the organisation would prepare children aged from 9 to 14 years to become members of the Communist Party.

Muresan pairs this image, still very popular in Romania, with a second one, perhaps even more popular: the image of abandoned children sleeping in the sewers of Bucharest and sniffing glue from plastic bags. All these images were widely broadcast by mass media after the revolution. The first image refers to the “ideal” education during the communist period, whereas the second one represents the failure of the regime: combined together, they represent at the same time the ideal and its failure.

At another level of analysis, the film can also be read as the meeting of a today’s homeless child with the baby pioneer pre-1989.
In Baptised , the rite of acceptance of an individual in the community is celebrated: the patriarch dips a naked baby in the baptismal font to administer him the sacrament. Religion often plays a key role in Muresan’s work. Orthodoxy, ubiquitous in Romania, is used indeed as an instrument of control by both clerics and politicians.

In the third short film, Garbage, an adult is searching for food in a garbage can. This is a scene of an everyday violence that can be ascribed to capitalism, a key issue in our world tending to be affected by an increasing de-socialisation

Pioneer, Garbage and Baptised describe the state of the world during post-communism. Post- communism is intended here not only as a phenomenon of Eastern Europe’s former socialist countries , but also as a process involving Western countries. That shows how our present is filled with this new ideology of Europeanism, which claims to combine socialism with capitalism.