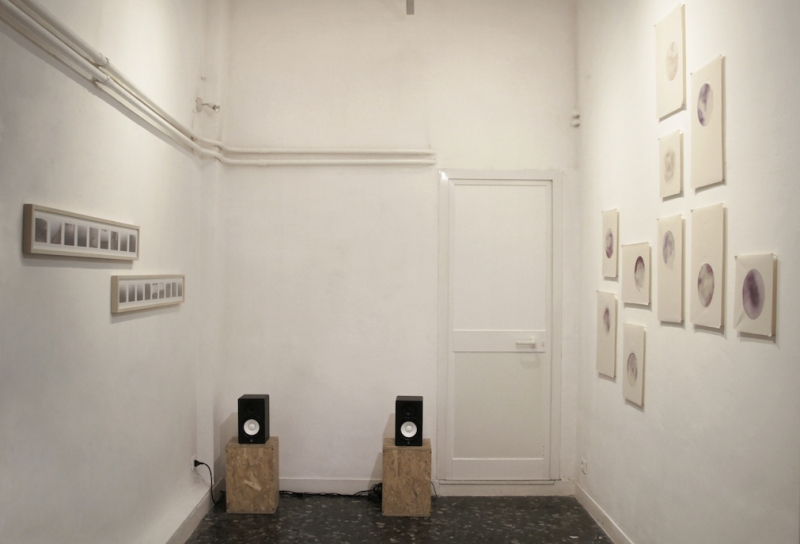 The project develops from a research that Simona Barbera started in the past years. the Daphne Cneorum is a poisonous bush shrub typical of the Ligurian apennine, formerly used to obtain a dye for coloring wool. the artist reflects here on the concept of body and land vulnerability and thus focuses her intervention on the relationship between the individual, territory and sustenance.

Her research on the environmental policies and the violent transformation of landscapes, societies, cultures is linked to a circumstantial critique of the capitalism’s tendency.
in fact, to today’s globalized capitalism Simona Barbera imputes the oppressive form of control of the environment and of the violence against the communities that are, all over the world, removed from their territories and deprived of their ancestral bonds in the name of profit and development.

This is an unequal fight, struggled mainly by indigenous people and by women (which in some countries are still persecuted as “witches” in the name of the land surveillance) that is not irrelevant to our society, as big infrastructural issues close to us highlight.
on the opposite, the artist invites us to safeguard the land. in Chan’s space she presents a group of textiles dyed with a natural colorant extract by herself: it is of different plants, some very rare, whose juices are used by Simona Barbera to draw shapes that relate to mapping the processes of deforestation that occurred in the last ten years in different parts of the world.

A collection of previously unreleased pictures shoot in norway fix the arrival of ice with images of delicate poeticism, questioning the viewer about his personal relationship with the environment.
a sound installation features the artist’s voice listing important events of eviction and violence against communities all over the world, people fighting to inhabit their lands in an impelling battle to the survival of their own “world”.

Simona Barbera retraces the different steps of her research in a text that accompanies the exhibition.