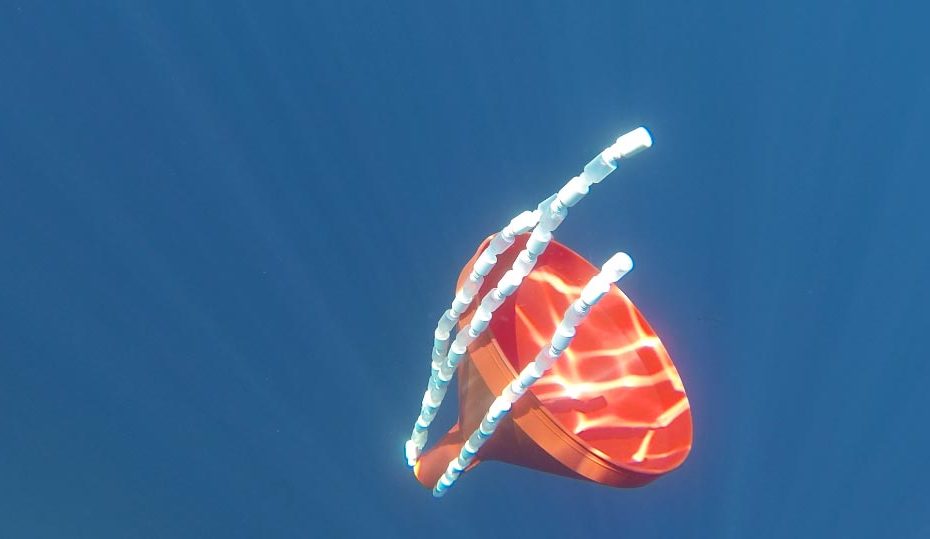 The video of Aline Zeltner The fisherman was shot in Camogli during the summer 2013 thanks to the award Fachausschuss Audiovision und Multimedia City of Basel.
It is shown in Italy for the first time.

A fisherman gazes at the surface of the sea, then begins mysteriously fishing not clearly identifiable objects, that float in the water in a carousel of light and color. A closer look to these underwater creatures, hoisted into the boat, reveal their true composition: all these creatures are made out of plastic. Waste? Sculptures? These objects assembled by the work of the artist seem to take on a positive appearance in the video, through sequences that recall an evocative and surreal submarine ballet.

Between 135°W to 155°W and 35°N and 42°N there is the Great Pacific Garbage Patch, a huge floating island made of waste plastic. This extremely resistant material is destined to remain in the environment for hundreds of years. This artificial island, created by the accumulation of objects dragged by ocean currents, constantly expanding, highlights the problem of ocean pollution by polymers.

Aline Zeltner reflects in her video on our relationship with the waste of industrial production through a fishing trip, at first glance evocative, that becomes a denounce for the enormous and underestimated pollution of the oceans.

The artist refers, through the figure of the fisherman, to the role of the artist, called to bring to light the work of art, as claimed by Giorgio Agamben in The Man without content. Aline Zeltner builds image sequences in close relation with the audio: the soundtrack, recorded in porcelain bowls filled with water, contributes to strengthen the dreamlike images.

The video was made in collaboration with the cameraman Camilo Moreno and the musicians Tomoko Sauvage and Michael Zaugg.