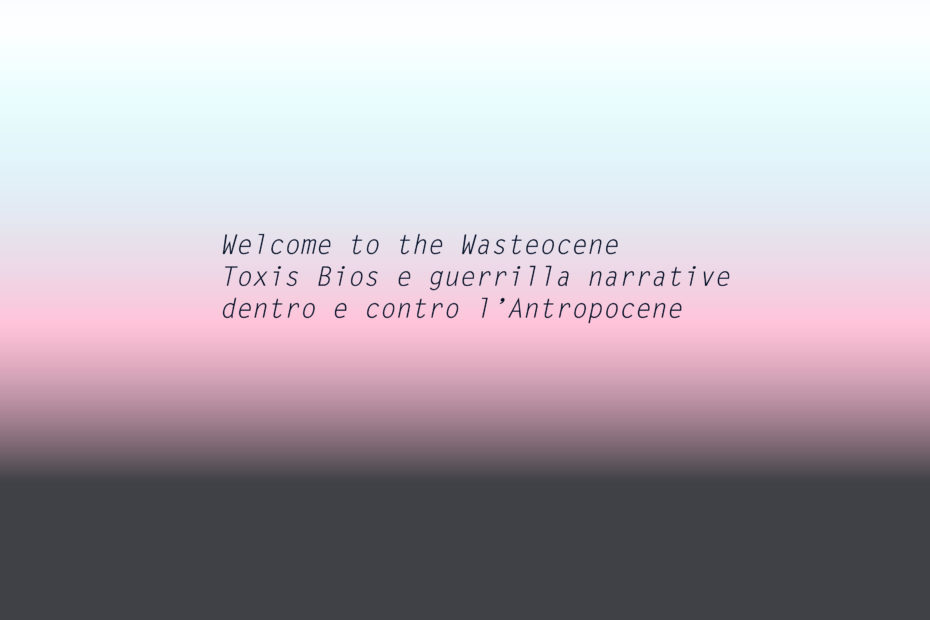 “Scientists have identified a new epoch, the Anthropocene (the Age of Humans), marked by a technostratigraphy of wasted matter, such as carbon sediments, radionuclides and microplastics, accumulating within the earth surface (Crutzen 2006). Waste can be considered the essence of the Anthropocene, embodying humans’ ability to affect the environment to the point of transforming it into a gigantic dump. For this reason I have argued that this new epoch might be called the Wasteocene (Armiero and De Angelis 2017). However, the Wasteocene frames waste not as an object – ‘waste’ – but as a relation – ‘wasting’. My hypothesis is that while wasting relationships are based on consuming and ‘othering’, that is, on sorting out what and who is waste -, commoning practices are based on reproducing resources and communities. Is it true that we live in the Wasteocene? And if yes, is there a way to escape from it? Or perhaps should we embrace it? Can we sabotage the Wasteocene? Where are the toxic stories of this age?
Marco Armiero, 2018