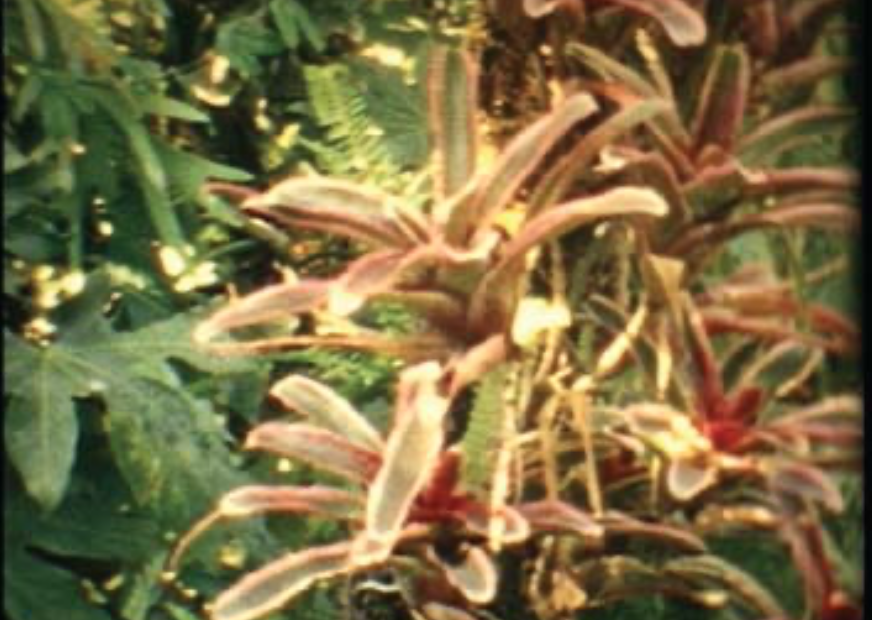 In this third stage of the project, articulated according to four appointments connected to the passing of the seasons, a new video, Cafhage (2011), will be projected. The images, articulated according to two sequence plans, invade the Sala della Fede of Palazzo Nicolosio Lomellino in an ideal reference among the natural elements that characterise Bernardo Strozzi’s frescoes representing the discovery of the Americas and the bright colors of tropical rainforest. The footage on film evokes exotic atmospheres from a nineteenth-century exploration novel, a suggestion reproposed by two photographic images of the artist. Completing this ‘fantastic journey’, other materials related to the previous stages of the project will be exhibited in the other rooms of the Palazzo according to the archival method.